Recently, some readers have come across a well-known error message with the asp.net descriptor error page. This issue can occur due to several factors. Let’s look at them now.

Even perfectly designed apps need to be able to handle bugs, problems you can plan for, and hundreds of others that can’t.

Of course, in this article you will learn about error handling techniques in ASP.NET. Topics range from common processing errors in the Try…Catch syntax log to unhandled errors in the Windows event log.

Troubleshooting, payment of taxes, and main cause channels. Everyone conjures up as many negative mental images as possible, some real, some imaginary. While there’s little I can do to ease the pain of paying taxes or reduce the problems you might run into when you receive a tax penalty, this article will shed some light on the finer points of ASP .NET’s error handling.

There are two types of bugs that need to be fixed: managed defects, unmanaged bugs, and bugs. Is a handled error showing up in your application? They are ready and have a code to answer. You may have coded your personal app for one division number because of another. What to do if youWhat code is 0? We hope there will be an Anti-Error split and you should have some code to deal with such a problem. Fatal failures are mistakes that you can’t foresee. For example, any mistyped page URL on your website that results in a “404 Search page not found” error. I hope you use elements that direct the user to a cleaner and sleeker page than the standard 404 not found page.

Let’s start by discussing the terminology available for error handling only in ASP.NET applications. We’ll look at system exception objects, special Try…Catch…Finally commands, and creating your own exception objects.

Even though the terms “error” and “exception” are often used interchangeably, there is one major clear difference between the two. A run-time error blocks some code and changes our own normal program execution by throwing a specific exception object. When program execution is interrupted due to an error, the program willLooks for the exception code, which usually tells the program how to react. You just need to define that the error event is an event. This creates an object called a good exception. This exception object contains error reports, including when, not where, the error occurred.

Unlike hitting, you will always hear the phrase “throw this exception”. This means that an error occurred in the block code and the actual exception object was created. General

The Exception class, from which all Exception properties derive, is the System.Exception group. It contains a set of starting points designed to give you a basic method for collecting and processing information about the exception object. Property table System.Exception.

A cornerstone based on prepared error handling is the Try…Catch…Finally block of code. This control structure evaluates a block of code and throws this exception on error.

The try command marks the start associated with a block of code. If an effective error occurs at runtime, which is usually associated with a try block of code, a specific exception is thrown by the object, and my corresponding hook line handles the difference. Finally, if the code in the Try command runs without error, then b Another code will be executed. Ultimately, the computer will run regardless of whether an exception was thrown or never. It can also be run after Exit Try and Exit Sub. 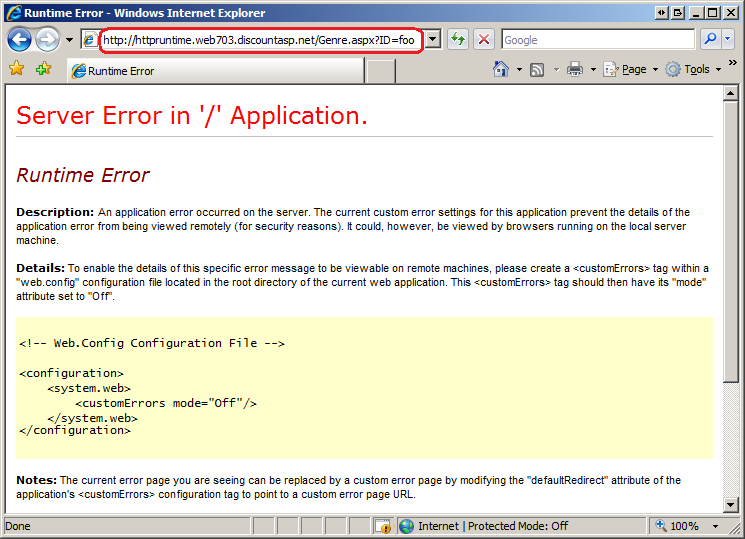 Catch identifies specific exceptions or exceptions that may have already been thrown. You can use most catch statements, each of which takes one of three forms: Possible Catch, Catch…As, and Catch…When. If an exception occurs, the catch statements are evaluated in the order they appear in the Try…Catch…Finally code block. However, you should always list catch clauses in the correct order, from most specific to most general. It is good programming practice to ensure that you always use the next catch statement as the last concrete catch statement in the opera part.catch tori.

An Easy Way To Fix The Condiment Toolbar Troubleshooting Page